The National Organization for Healthcare Provision (EOPYY) will not be paying anyone apart from pharmacists until the end of the year, the Health Ministry has allegedly told officials from private clinics, which claim they are owed a total of 300 million euros by the fund.

Grigoris Sarafianos, the head of the union representing the clinics, met with Alternate Health Minister Marios Salmas on Tuesday to discuss EOPYY’s failure since the start of the year to pay for the treatment of patients registered with the fund.

The two sides were unable to reach an agreement and the clinics decided to stop treating patients insured with the state-backed fund from October 1.

A number of other groups, including doctors and hospital suppliers, are also seeking payment from EOPYY, set up last year after the merging of various funds.

However, the fund’s biggest headache remains pharmacists. Some called off their protests after the EOPYY drew up a payment timetable but pharmacy owners in Attica have refused to accept the offer. 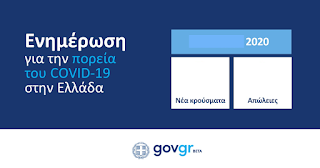